As you probably already know, our beautiful city of Tulsa is situated in Oklahoma and is the base of Tulsa County, the most densely populated area in Oklahoma. The city itself came into existence somewhere between 1828 and 1836, starting off as a home of Native Americans, specifically the Lochapoka Band of Creek tribe. During the 20th century, Tulsa was renowned for its oil industry, and was even given a nickname „Oil Capital of the World.“ Although it’s growth was dependent on the oil industry, it has also developed some other fields of work. For example, Tulsa is home to the famous Tulsa Port of Catoosa, which is considered to be the most inland river port in the US with access to international waterways.

Generally speaking, Tulsa is situated in the northeast part of Oklahoma state, otherwise known as the Green Country. Its’ picturesque landscape is characterized by the beautiful Arkansas river, followed by the independent Ozark Mountains. Among Oklahoma residents, and even further, Tulsa is considered to be the cultural center of Oklahoma, with two world-famous art museums, an opera and ballet companies and a huge stockpile of art deco architecture, such as Mid-Continent Tower, the Boston Avenue Methodist Church and much more. Another famous piece of architecture is the BOK Tower, also known as the second tallest building not only in Oklahoma but in New Mexico, Arkansas, Missouri, and Kansas. 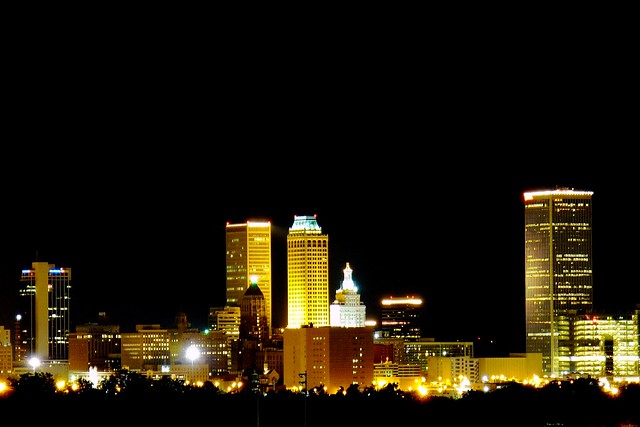 As a proud Tulsan, you are already aware of such beauties standing in your city and have probably been accustomed to the constant view of the Ozark mountains. On another thing, you are well-aware of the Tulsa climate. According to experts, the climate of Tulsa is considered to be rather temperate, more specifically, of the humid subtropical variety. To us amateurs, that doesn’t mean much, but we do know and despise the huge amount of thunderstorms that occur during the spring and early summer. Those storms often come with their friends, hail, strong winds and even tornadoes. Having such a significant amount of harsh weather conditions means you have to prepare accordingly if you don’t want to end up losing more and more money.

One of the most important things you should take care of is your roof. Its main purpose is to guard you against the harsh outside. However, in cases such as ours, when our roofs are constantly under attack, innovations and new technologies will have to be thought of, to compensate for the damage.

As native Tulsans, we at Ranger Roofing of Oklahoma know exactly what you’re dealing with and offer the remedy you need. No more worrying about the state of your roof in the upcoming storms, our products offer a variety of choices that will satisfy even the toughest client. Moreover, our professionals, also native Tulsans, will approach the problem accordingly and devise an individual plan for every project they’re working on. With Ranger Roofing of Oklahoma, you are saving your precious money and time. Visit our website for more information on our previous projects and the company itself. We also provide a customer feedback section through which you can browse freely. Entrust us with your roof and take a care off of your mind.