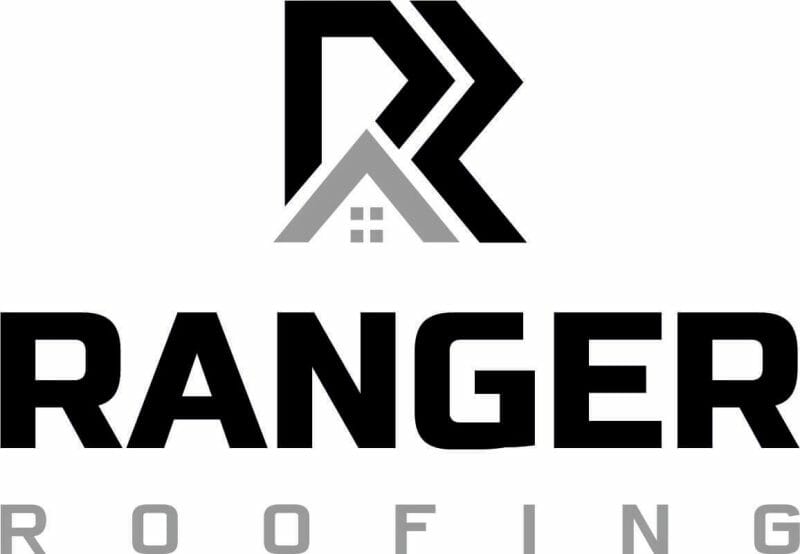 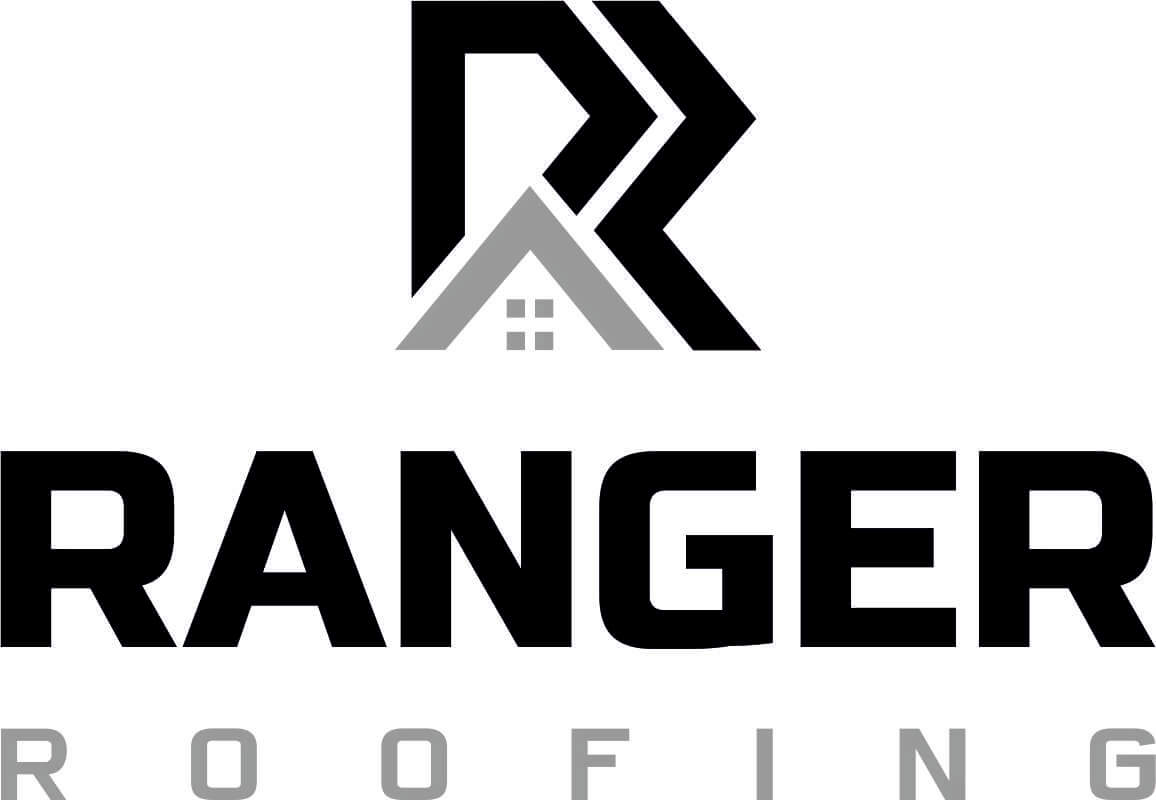 At Ranger Roofing of Oklahoma, LLC, we believe in helping you keep your roof safe and sound and keeping you, your family, your home, and your belongings protected. When it comes to customer satisfaction, few roofing companies can match our dedication. We are one of the only roofing companies in the area that can offer CertainTeed’s top-of-the-line SureStart Warranty because our team members have all earned their titles as Master Shingle Applicators and Shingle Technology Specialists!

We believe that hiring a roofing company should not be a hassle, but it seems that for many, it is a tricky process. Every company is different and you should strive to find one that will take your needs and the needs of your home to heart. Take into consideration their past reviews and customer service promises. Once you are convinced that you have found the right company for you, then don’t hesitate to have your roof inspected and repaired if damage is found. It is best to be prepared for the future and rest assured, knowing that you and your loved ones are safe.

Ranger Roofing of Oklahoma, LLC is a company you can count on to provide you with long-lasting and successful roofing services. We let our work speak for itself. When you call our team, you’ll not only be receiving roof work that leaves your roof standing strong and damage-free, but you’ll also get the best customer service possible in the industry. From our 24-hour emergency roofing services to our exceptional roof installations, we are here for you. 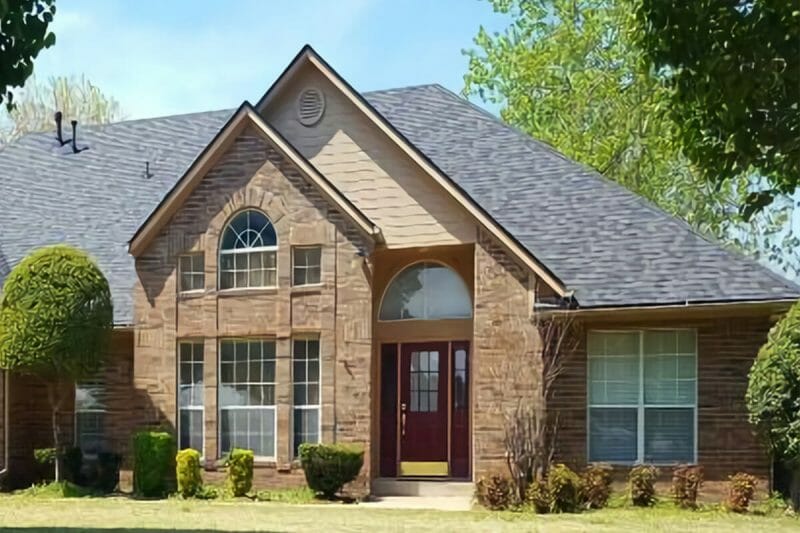 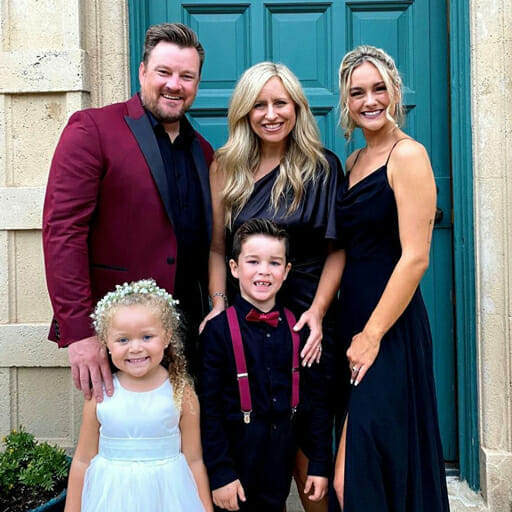 “Kody has been in the construction world since he was a child. His father was a music minister, and picked up vaious jobs to make extra money to support the family. Kody frequently worked along side his dad building decks and garages, adding on to homes, repairing drywall, painting, etc. The experience he got working with his extremely meticulous father was priceless. In 1996, they decided to form KED Construction, which matched both of their initials. Once Kody got out of college in 2004, he took over the business and completed countless kitchen and bathroom remodels. He was doing most of the work himself and specialized in cabinet refinishing. In 2008, a big hail storm swept through South Tulsa and Jenks. He was so inundated with roofing jobs, that it just naturally shifted the business away from remodeling and turned into Ranger Roofing and Construction. In 2014, He decided to turn the focus of the company to roofing alone. At that time, the business name was changed to Ranger Roofing of Oklahoma. Since 2014, Kody has directly been involved with the replacement of over 1,000 roofs on residential and commercial properties.

Kody is married to his beautiful wife Lexi, and has three children, two daughters and a son. He also has two dogs that he loves like children. He played baseball through college, still plays slow pitch softball, golf, basketball, and any other form of competition he can get involved in. He sings in a Southern Gospel quartet that he’s been a part of for over 20 years. He also sings on the worship team at his church. His faith and family are more important to him than anything.” 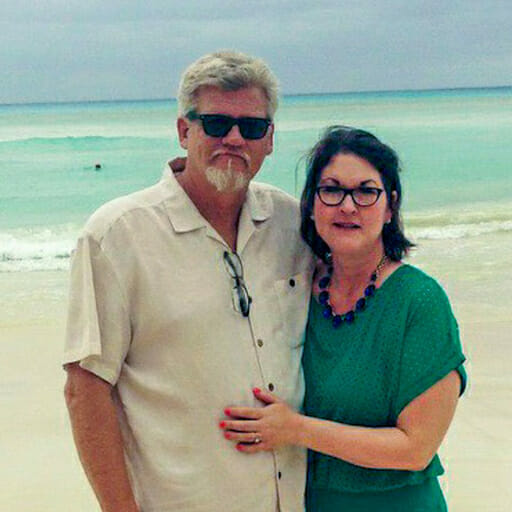 “Dan’s a true family man and an eternal optimist, always bringing a positive spin to all things. Dan was military brat, the youngest of five children. He was born at Fort Sill and raised in Lawton, Oklahoma which is where he met and married his high school sweetheart, Becky. They are about to celebrate their 40th anniversary. Dan and his wife moved to Tulsa in 2013 to be closer to their only child, a daughter, and to help with her one child, which has now expanded to three. He is a very active Poppi to two grandaughters and one grandson. He also loves his 4-legged babies, three dogs, one cat, and a sulcata tortoise.

Dan has a great affinity for classic and muscle cars. He is currently the proud owner of a turquoise 1957, 2-door hardtop Chevy Bel Air, but has owned many other cars over the years. He and Becky also enjoy antiquing and home DIY projects with family and friends. Dan worked for nearly 30 years at Goodyear Tire & Rubber and has also served in a project manager capacity for over 30 years, managing all forms of building and remodeling projects.” 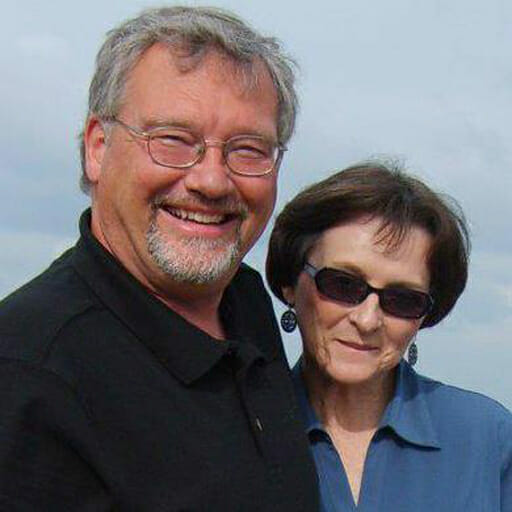 “David came to Ranger Roofing in April of 2022. He’s been in the roofing industry since 2009 as a roofing contractor and wholesale roofing materials distributor. David has owned an operated several business in the roofing industry as well as a travel agency and tree service company. He brings a wealth of roofing knowledge, but specializes in working with homeowner insurance claims, since he is also a licensed independent insurance adjuster. David was born and raised in Columbus, KS. He has three grown children, and a wonderful wife, Judy. Outside of work, David enjoys reading, mainly history and autobiographies. He also has a deep passion for waterfowl habitat and management.” 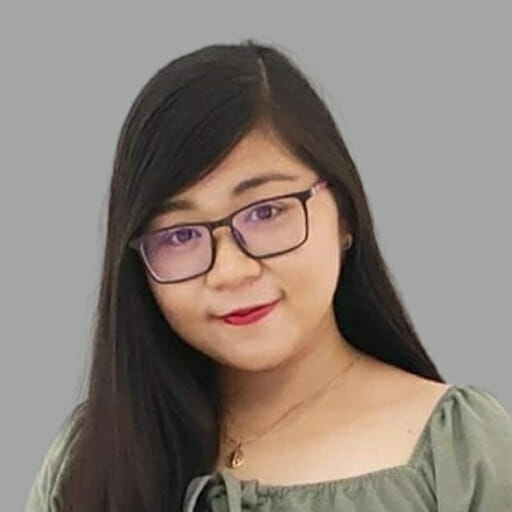 Carol has been working for Ranger Roofing for almost a year now. She came on to work as an appointment setter, but has been able to take on a vast array of responsibilities. She is our main customer service representative, manages our social media, and continues to learn and take on additional daily tasks. She is currently one of two remote employees living in the Philippines. Although she works full-time for Ranger Roofing, she also teaches English to high school students in the Phillipines. 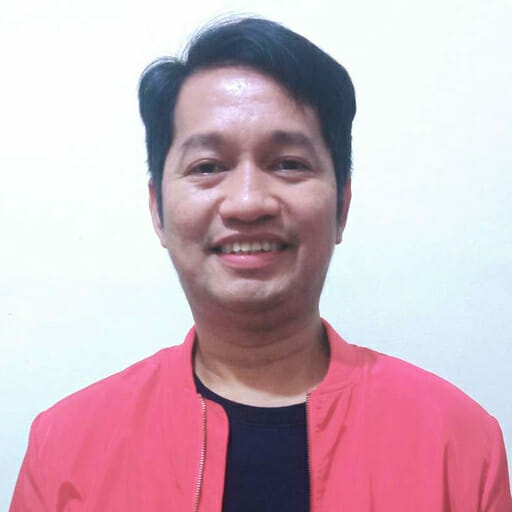 Alejandro has been in the sales and customer service industry since 2003. A supportive husband and a hands-on father to his 3 young kids. He has been working with Ranger Roofing for almost a year now. Working as an appointment setter as his main task, he is also doing email support, answering customer inquiries through phone, email and social media tasks. Continues to learn everyday and take on new tasks. He is from the Philippines working as a remote employee. Alejandro always believes, at the end of the day, it will all boil down to attitude. We need to enjoy our job in order for us to perform well and maximize our full potential.

Our team at Ranger Roofing of Oklahoma, LLC always strives to provide the best in roofing for our customers. All of our staff and crews are trained Master Shingle Applicators, and many are Shingle Technology Specialists through CertainTeed.

We are also on the CertainTeed Professional Roofing Advisory Council. We love what we do and will always continue to position ourselves as leaders in the roofing industry. 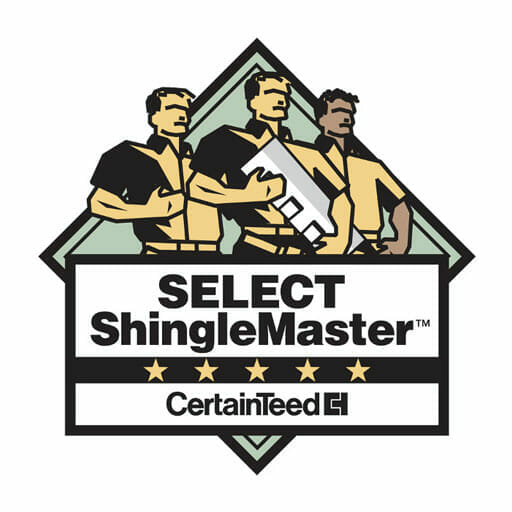 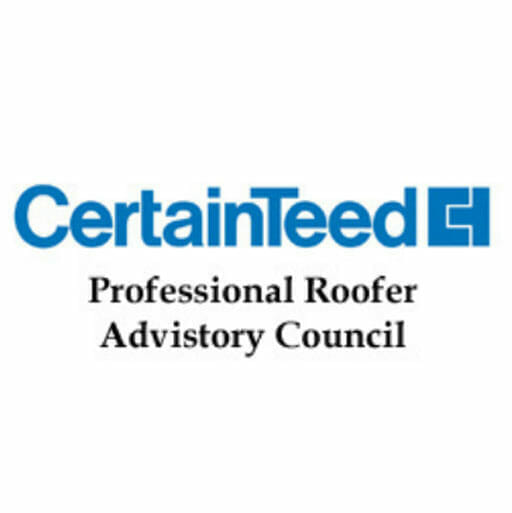 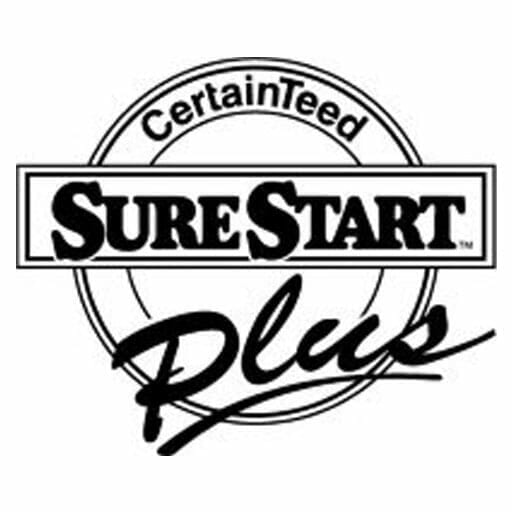 All After Photos Before and After Hail Damage Progress Photos

Hire a Team of Roofing Professionals You Can Trust

At Ranger Roofing of Oklahoma, LLC, we know that your home deserves not only expert craftsmanship but also excellent materials. This is why we only work with high-quality roofing materials from the roofing industry’s top manufacturers. We make sure that our materials and our roofing solutions always meet your high standards when it comes to your home’s roof. Our team is always up-to-date regarding zoning laws, building permit requirements, and specific homeowner’s association guidelines to ensure that when we embark on your roofing project, it gets done right the first time. Give us a call today to schedule your free inspection!
BOOK A FREE INSPECTION 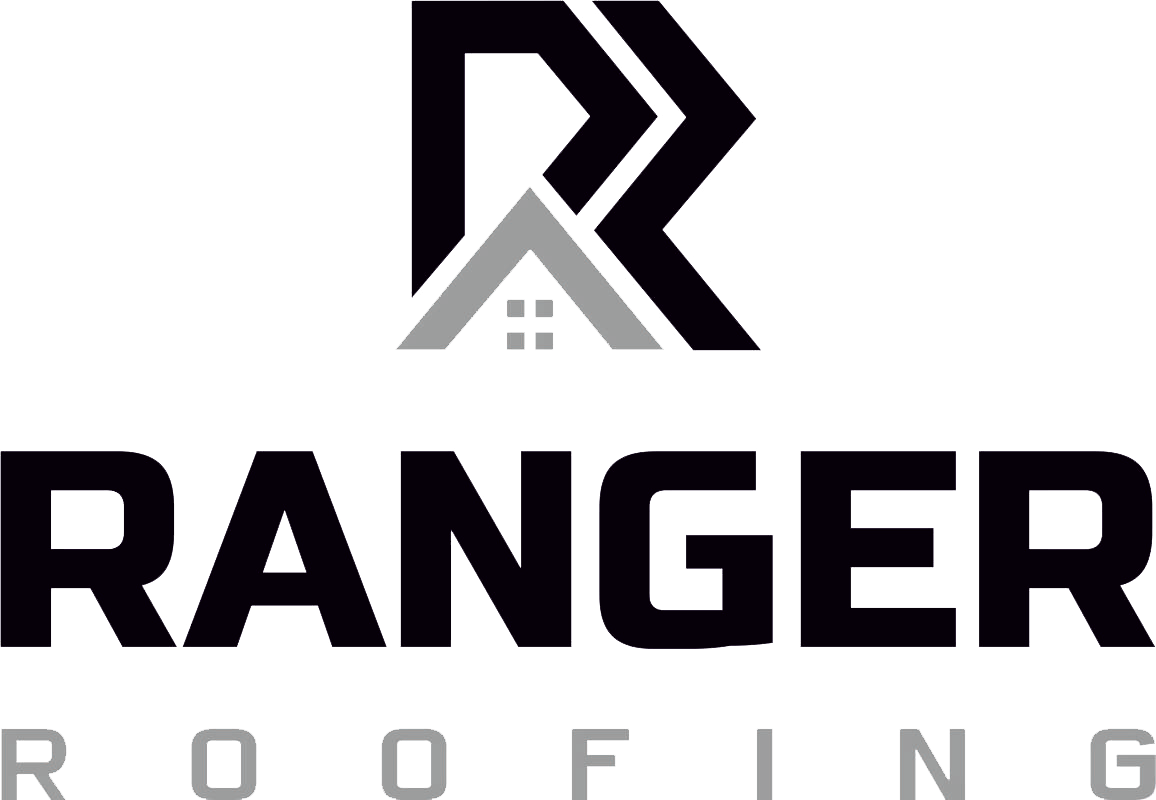